Daniele Ricciarelli ( born c. 1509 in Volterra – died 4 April 1566) was an Italian mannerist painter and sculptor, known also as Daniele da Volterra. Much of the fascination of his career resides in the development of his style from local origins to a highly sophisticated manner, combining the most accomplished elements of the art of Michelangelo, Raphael and their Mannerist followers in a distinctive and highly original way. He provided an influential model for numerous later artists in Rome. 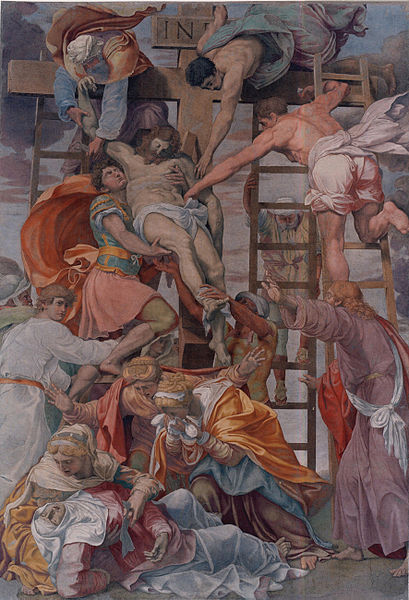 His work include the famous Descent from the Cross in the church Trinità dei Monti (at the top of the famous Spanish Steps) in Rome (painted circa 1545). He was a close friend of Michelangelo Buonarotti; he is the author of the most famous Bust of Michelangelo (currently in Museo Nazionale del Bargello, Florence). 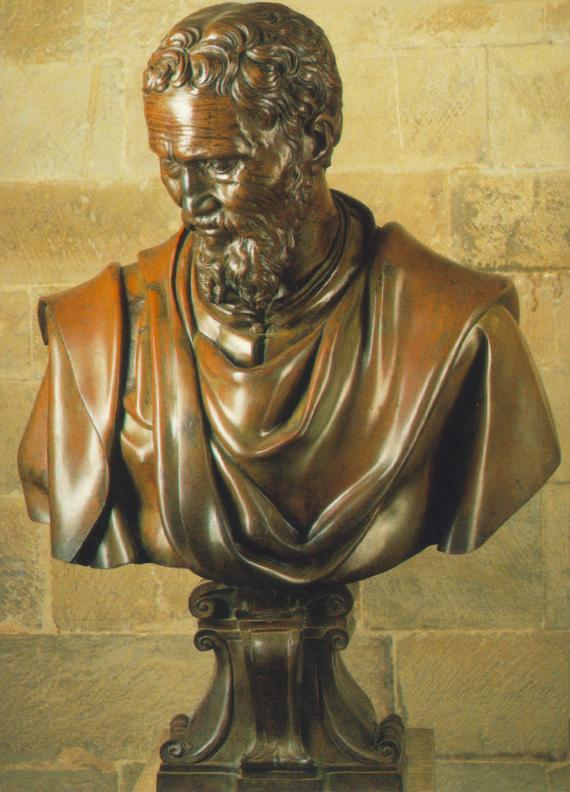 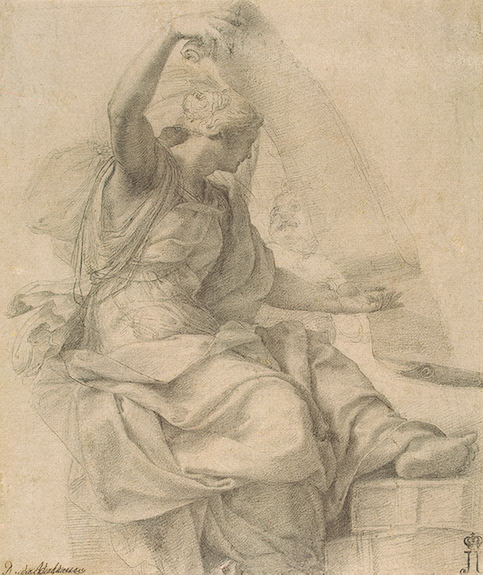 Despite the highest quality of his work, and indisputable artistic talent and abilities, Daniele da Volterra is unfortunately infamous in art circles for having covered over, with vestments and fig-leaves, many of the genitals and backsides in Michelangelo’s The Last Judgment fresco in the Sistine Chapel. This work was begun in 1565, shortly after the Council of Trent had condemned nudity in religious art. It earned Daniele the nickname “Il Braghettone” (“the breeches-maker”).

I recently came across an post by Conor Kissane titled “Rehabilitating the Breeches-Maker: a Mannerist masterpiece atop the Spanish Steps“, a vigorous defence of Daniele Ricciarelli, whose artistic abilities were for centuries overshadowed by his unfortunate commission in the Sistine Chapel.