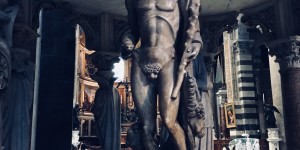 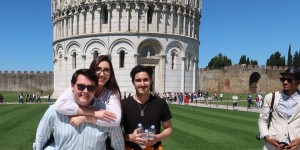 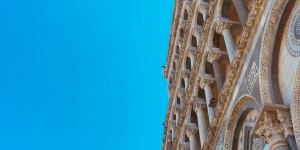 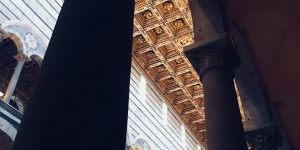 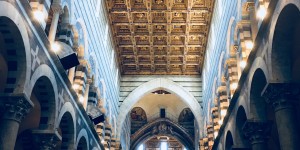 Over the weekend, as a class we traveled to Pisa to see the wondrous architectural examples that include the Pisa Cathedral, the Baptistery, and the Campanile. In the images you are able to see the level of grandeur and the level of power that was displayed with the size of the cathedral and the baptistery. The Baptistery, at 180′ tall, was alone, is alone, a symbol of power. The level of ornamentation also holds Roman influence that accepted the Catholic traditions.

Interesting enough, one of my favorite sculptures, the sculpture of Hercules is one of the columns holding up the pulpit so effortlessly. In the image displayed you are able to see the sculpture as the shaft of the column. Behind him is a column centered under the pulpit which hold 7 virtues; Astronomy, Geometry, Arithmetic, Music, Grammar, Rhetoric, and Logic. The entire pulpit alone was nothing less that beautiful. The level of craftsmanship and attention to detail was immense. Down to a few of the columns resting on top of a lion’s back as it devours other prey. Typically, these other animal the lion’s devoured were symbols for paganism. This was a sign showing the power the church.

Last but not least was the Campanile. The Leaning Tower of Pisa. This tower speaks for itself. It was created to be a bell tower to indicate services and time. However, the soil underneath wasn’t as sturdy as had been thought. All in all, it’s a gorgeous tower that has become an attraction.