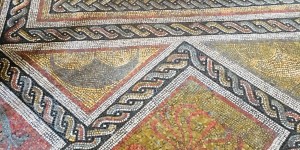 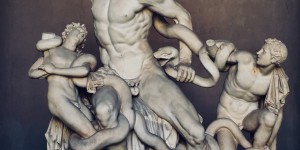 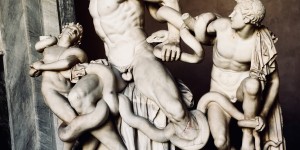 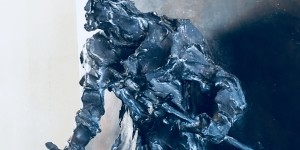 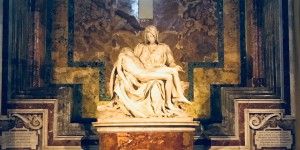 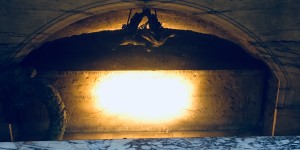 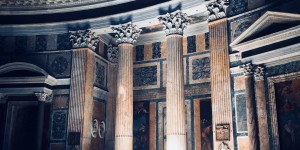 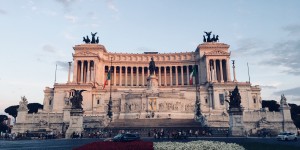 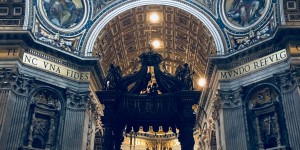 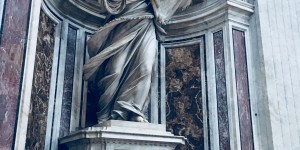 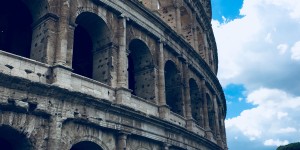 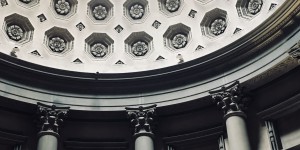 Laocoon: A sculpture with extreme expression. A structure with three figures that have a semblance of fear, suffering, and death. The story of Laocoon, the mere soul of the sculpture expresses its story on its own. A father to two sons. Two sons punished unjustly. The punishment and the suffering, a tragedy, have many different versions to them that all have the same consequence. A priest and his two sons punished for attempting to expose the ruse of the Trojan Horse with a spear. In Sophocles, he was a priest of Apollo, who should’ve been celibate, but had married. In return, his two sons were killed leaving him to suffer. On this note, the fear, the suffering, and the death are depicted very well in the sculpture. If you look at the son wrapped in the coils of the snake, he is fear. If you see the second son, with the fangs of the serpent embedded into his flesh, he is death. The expressions on Laocoon’s face show suffering more than anything. Suffering, that he would survive in one of these fables, that he would survive having witnessed the death of his sons.

Words do not describe the farrago of emotions that embrace you as you witness sculptures such as these in person. The feeling of standing within five feet of such a masterpiece. A masterpiece that was unearthed, like a gem from the ground. Laocoon is one of the few priceless pieces of art within the Vatican Museum in Rome. The rest, is nothing short of breathtaking.