Pisa was a fascinating site to visit. After a very early bus journey due to unfortunate train protests during our travel time, we were greeted by a city rich in Romanesque architecture. Most famous of all is the Leaning Tower of Pisa. Unfortunately, the tower was considered a letdown to myself and the larger group. After taking our obligatory tourist photo trying to support the tower, we quickly grew bored of the site. 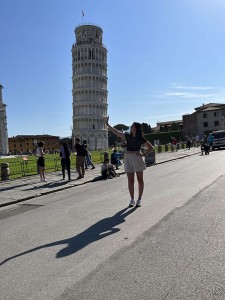 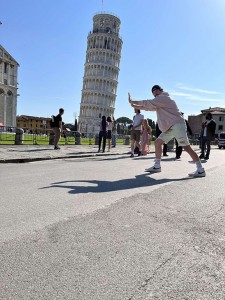 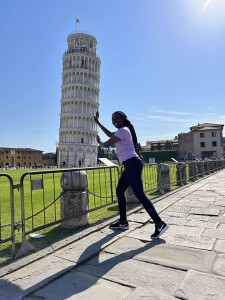 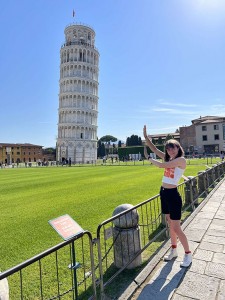 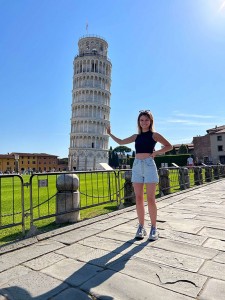 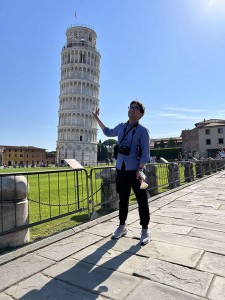 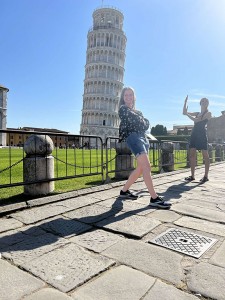 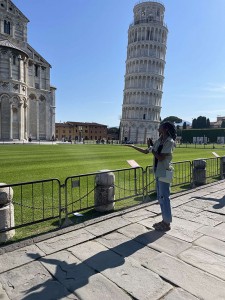 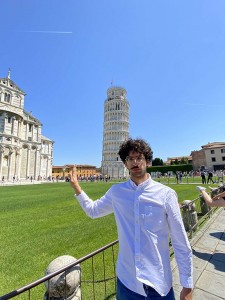 However, that did not mean Pisa didn’t have anything else to offer. The rest of the buildings on the Piazza del Duomo were much more interesting than the tower. The exteriors of the building reflect the history of the city. Pisa, a city that was frozen in time due to its inability to outshine Florence, provides us with rich examples of Romanesque architecture. The exteriors of the building take bits and pieces from other Romanesque and even Roman buildings and collage them on the facade of their structures. entablatures, edifices, sculptures, and more sprinkle across the building in an organic manner. Every column differs from the next as if the stonemasons were given free rein in execution.  The Camposanto, a cloistered commentary on the grounds, was the first building that went inside. The space, despite its heavy wood frame roof and solid exterior wall, was supported by an ethereally light stone arcade. The light solely emitting from the sacred courtyard brings a level of divinity to the space. Although more modest than other buildings on the grounds, the building’s simplicity gave it a dignified elegance fitting for a final resting space. Layers of fresco occupy the outer wall telling stories upon stories. The building was truly a sight to see. The baptistry impressed us with its immense scale. The sectional quality of the space was evident and impossible to ignore. The Cathedral of Pisa wowed us with its beauty, the modesty of the Camposanto was replaced with an utter richness of decoration. Standing in the space, it’s impossible to not be impressed by the sheer beauty and scale of the space. From the intricately carved sculpture to the rich ceiling frescos the space demonstrated the church’s outright control over society at the time. 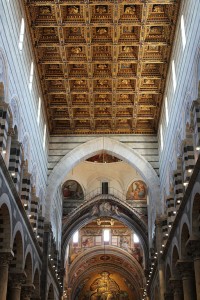 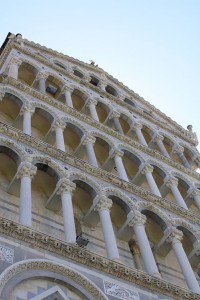 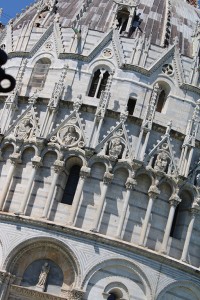 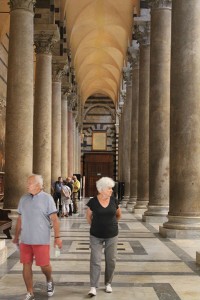 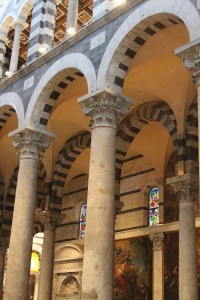 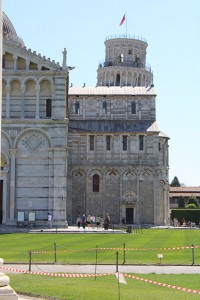 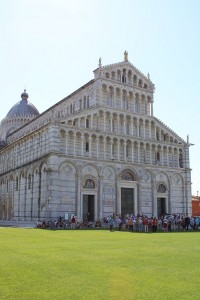 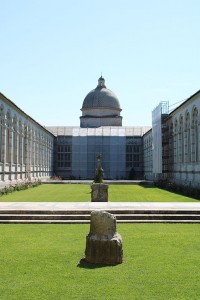 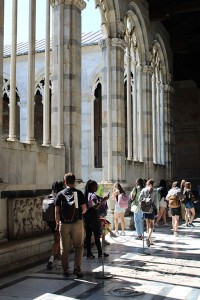 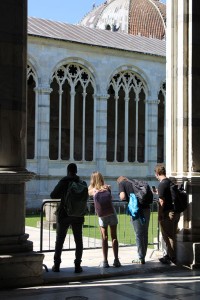 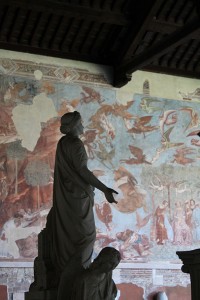 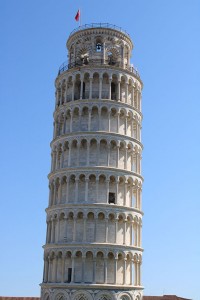 To conclude the tower is overrated, but despite that Pisa was still a wonderful visit