Other than the record of his birth, there is nothing known about his life until 1565, when his name appears for the first time on the payroll of Count of Guastalla, Cesare I Gonzaga. From 1565 until 1570 Capriani is working on the renovation of the Gonzaga Palace in Guastalla. In 1569 da Volterra is designing also the St Peter’s Cathedral in Guastalla. 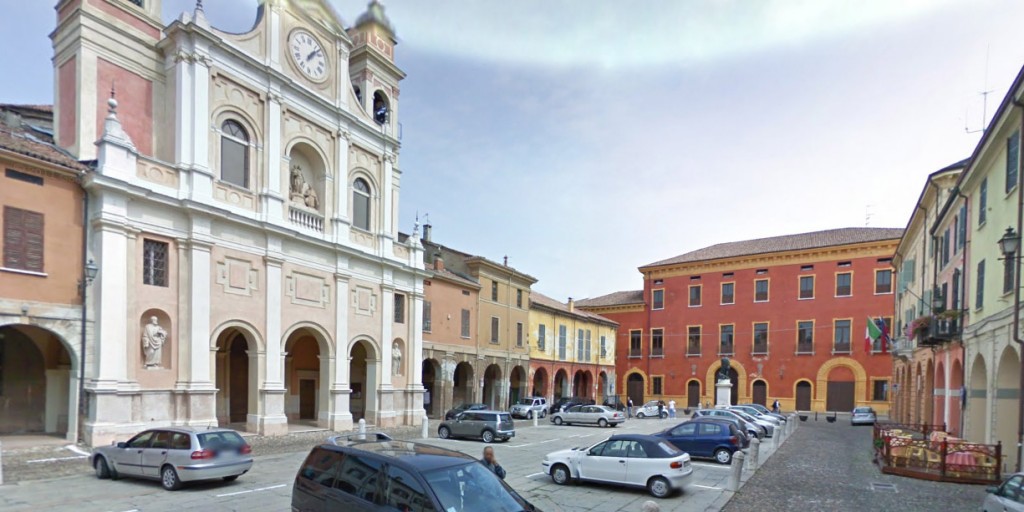 Piazza Giuseppe Mazzini in Guastalla (Reggio Emila). On the left, the Concatedrale di San Pietro, at the end of the piazza the Palazzo Ducale. The facade of the Cathedral was designed in XVIII century.

It is during this time when he meets his wife, Diana (Scultori), who was a daughter of an engraver from Mantua. Diana became not only Francesco’s wife but also a very important person in his future professional life. 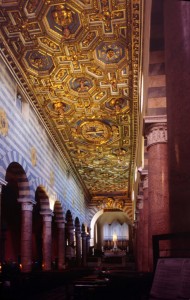 The ceiling of the Cathedral in Volterra – by Francesco Capriani

In 1570 Francesco Capriani and Diana move to Rome. Capriani starts his career there working for Cardinal d’Este. We is working on several projects, including the elevation of the church S. Maria dell’Orto. In 1574 he receives the commission to design the ceiling in the cathedral in Volterra – a project which will take ten years to complete. During this period he must travel to Volterra often – and he is reconfirmed (together with his wife, Diana) as a citizen of Volterra (1579).

As always, the fate of the architect is connected directly to the personality, position and wealth of his patron client. A new phase of Capriani’s career commences when he starts to work for Cardinal Enrico Caetani. He is working on larger projects, he is more independent and he is apparently enjoying more freedom to develop new ideas. He is working on the renovation of the Basilica Santa Pudenziana. It is a less known, but very interesting church in Rome; recognized as the oldest place of Christian worship in the city. It was built over a 2nd-century house, probably during the pontificate of Pius I in 140–155 AD, and it re-used part of a bath facility still visible in the structure of the apse. This church was the residence of the Pope in Rome until, in 313, Emperor Constantine I offered the Lateran Palace. The renovations undertaken by Cardinal Caetani significantly altered the church, replacing three naves with one, and adding a dome. 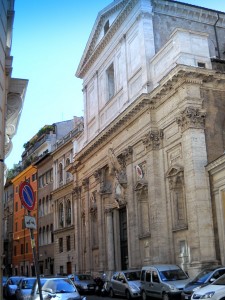 Francesco Capriani works on several other projects during this period: S. Silvestro in Capite, San Giacomo in Augusta and Santa Maria in Monserrato degli Spagnoli (where da Volterra designed the facade). The first two projects he did not see through completion, he died in 1594, in both cases his work was completed by  by Carlo Maderno (the architect who designed the extension of the nave and the front facade of the St Peters).
The church San Giacomo in Augusta (also known as San Giacomo degli Incurabili) is probably the most interesting work by Capriani. It features an oval dome, a theme with which he experimented already in his previous projects (Santa Pudenziana), and which will be developed further by the architects of baroque in the following century. 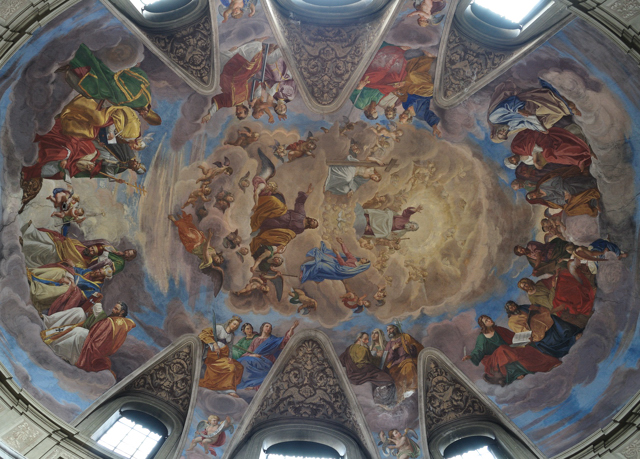 Francesco Capriani’s life can’t be understood fully without looking simultaneously  at the life of his wife, Diana. She was one of the amazing female characters of XVI century, an artist, and a shrewd businesswoman. She is generally recognized as the first woman who received a Papal privilege to make, sign with her own name and market her own artwork (1575). She signed her engravings with the name Diana Mantovana or “Diana Mantuana, Civis Volaterana”. (Diana from Mantua, Citizen of Volterra). 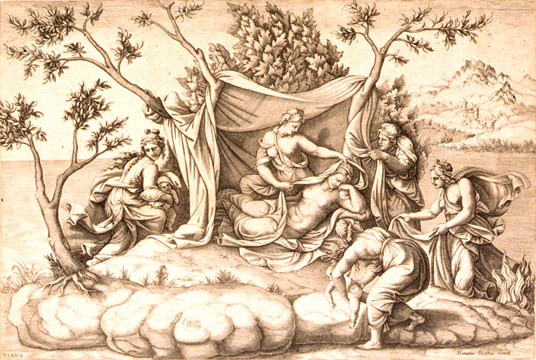 Despite the small amount of information available, Francesco and Diana come across as a married couple engaged together in the business of art and supporting each other in their efforts – maybe one of the first couples of this kind in history. Other than the work they did individually, in architecture and engraving, they apparently did some projects also together. They published jointly a Lunario (a form of a wall calendar ) for the years 1584-1586. Francesco apparently had some knowledge of astronomy, Diana knew how to mass produce graphic images. There is an evidence of the “market study analysis”: the Lunario produced by our couple called upon the powers saints of Rome and Volterra, two potential buyers’ markets. 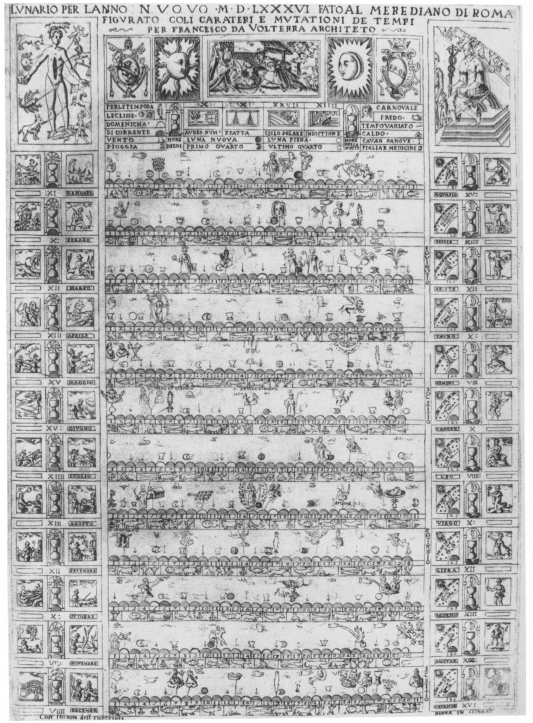