Here are some pictures behind the trip to the Vatican City. 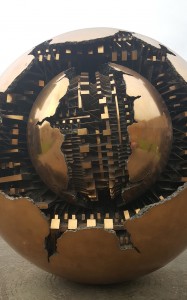 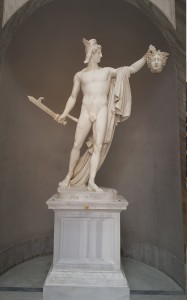 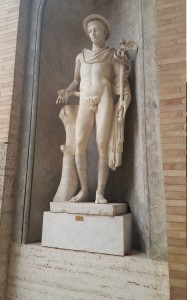 Statue of Hermes/Mercury
God of Transitions and Boundaries. 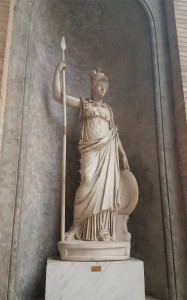 Statue of Athena/Minerva the Goddess of Wisdom. 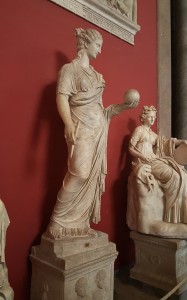 Sculptures of the Muses, Goddess of Music. 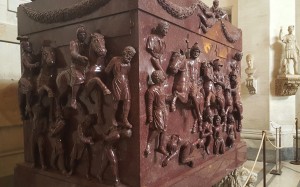 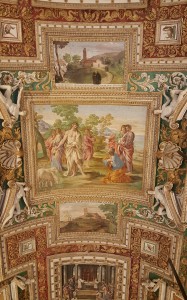 Painting on the Ceiling of the Cartography Hallway. 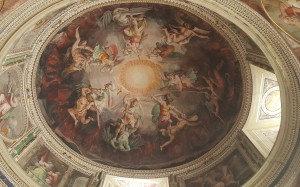 Mural on the Ceiling in the Vatican Museum. 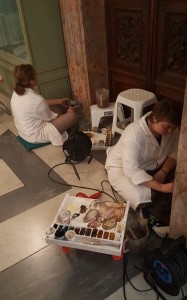 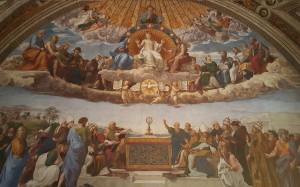 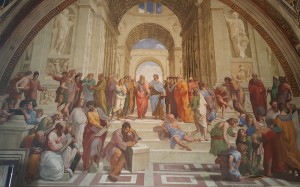 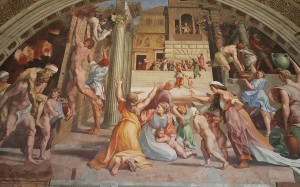 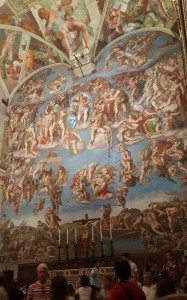 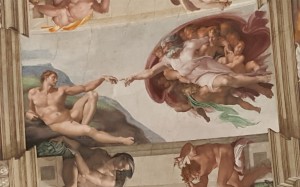 Michelangelo’s painting Creation of Adam, on the Sistine Chapel Ceiling.