Siena was a wonderful time. Compared to Pisa’s relative flatness, Siena felt like our current home of Volterra with its hills and valleys. This led to fantastic sightlines and overlooks throughout the city. The tightness of the streets reminded me of Volterra as well. Of course, Siena is a very different city and that’s reflected in the grandeur and scale of its architecture.

The first building we visited was the Cathedral of Siena. The building-on approach is already impressive. The cathedral dominates the skyline of the city and is almost never out of view due to the cathedral standing on high ground as well as, its imposing heights. Getting closer the Italian gothic details of the building start to reveal themselves. The pointed arches, vertical decoration, and soaring tower of the structure only emphasize the verticality of the cathedral. Horizontal bands of black and white stone create a rhythm on the facade, a rhythm that continues as you move into the building’s interior. Inside, the intricacy and detail of the exterior are multiplied fivefold. Sculpture, mosaics, fresco, ornament, and rich columns imbue the space with sheer glamour and awe. Interestingly the passage of time was very clear with this cathedral in particular. Pointed arches live alongside round, and a failed attempt at expansion before the outset of the Black Plague is visible for all to see.

In my last post, I wrote of how Pisa’s cathedral placed the church as the unquestionable authority. Siena’s Palazzo Pubblico, its town hall, provides an example of when other forces started to vie for power over the lives of the population. Used as the seat of government in Siena, the Pallazzo Pubblico demonstrated the increasing power and role of civic government during the approach to the renaissance. Before even entering the building, visitors are greeted by the Piazza Del Campo, arguably one of the most significant Piazzas in Italy. Taking the form of a fan. The piazza slopes down toward the Palazzo. Although visitors quickly ran for shade during our travel due to the extreme heat, It’s not hard to imagine the space being filled with activity during the night or during more hospitable times of the year. One of the activities most associated with the Piazza is Siena’s annual Palio which features a horserace in the Piazza itself. The very fact that the Piazza can host a horserace starts to illustrate the sheer scale of the space. Despite its sheer size, the square still feels human scale because it is closed off by midrise buildings. Entering the Piazza Pubblico, the power of the state is clear. While the ornament and detail don’t reach the heights of the Siena’s own cathedral they get pretty close. Rich gold leaf mosaics and intricate statues fill the space. It’s clear here that the power of the church is coming into question. One could imagine ambassadors or outsiders being impressed but struck with fear from the sheer display of power emitting from the building. 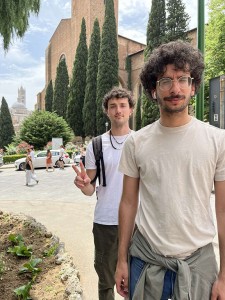 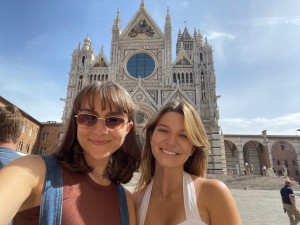 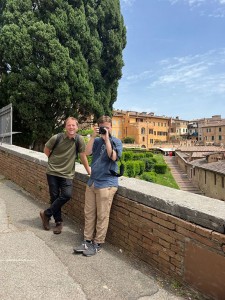 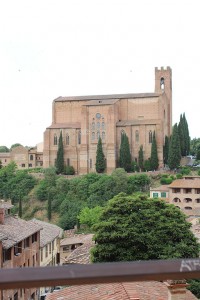 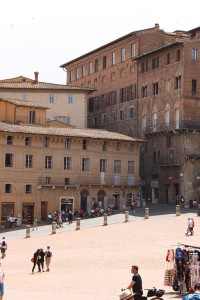 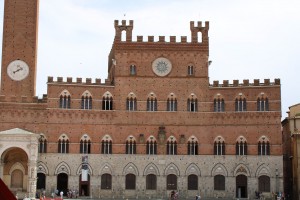 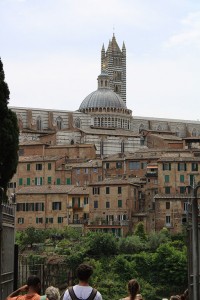 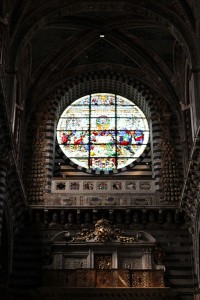 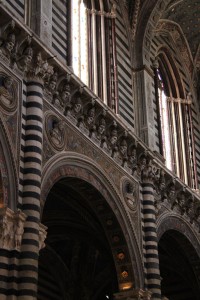 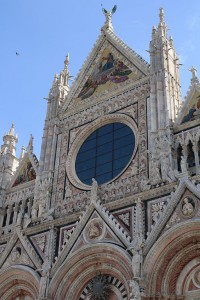 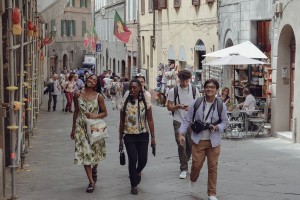 Traveling to two Italian cities so far, it’s interesting to see the various similarities and differences between the two. I’m very excited to share my time in Florence in the immediate future.